At the end of 2014, Google+ sent a gift to its users: a video titled “Year in Photos”, which told the story of their past year in images. The video began with the pictures that each user archived on Google photos and it was generated by an AI that selected the best images, defined a narrative sequence and provided an edit synced with the music.

Algorithmic Memories proposes an analysis that compares videos belonging to the users that shared them on Youtube, making them slide from a private use and view, to a possible collective analysis. This allows us to identify similarities and recurring themes in the narrative process of oneself managed by algorithms, regarding both the images selection and the story construction.

The analysis of the case of “Years in Photos 2014” allowed us to realize the stratification of the interventions that the algorithms were operating on the contents. This happened in 2014, in a still experimenting phase of the application of Artificial Intelligence to the organization and elaboration of personal photographic materials and it was the first step on a path that is rapidly evolving, naturally infiltrating inside our processes of representation and storytelling.

(read the full story in the essay: Marco Cadioli “ALGORITHMIC MEMORIES. THE CASE OF “YEAR IN PHOTOS 2014”.  DIGIMAG 75  (spring 2017)  http://www.digicult.it/wp-content/uploads/digimag75.pdf 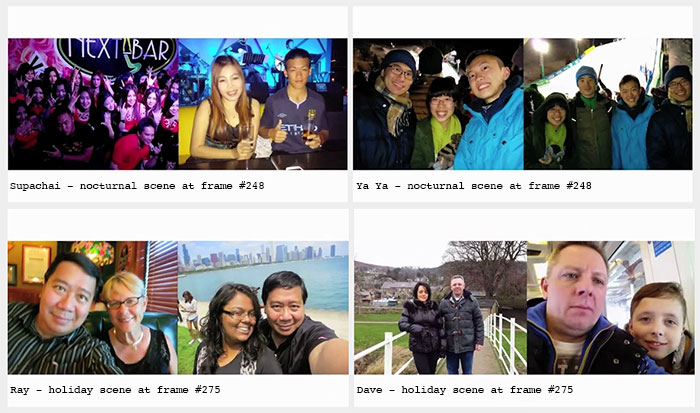 Algorithmic Memories analyses a series of screenshots that isolates the moments when the logic of the intervention of AI is more evident, highlighting some mechanisms that usually remain invisible to the user. 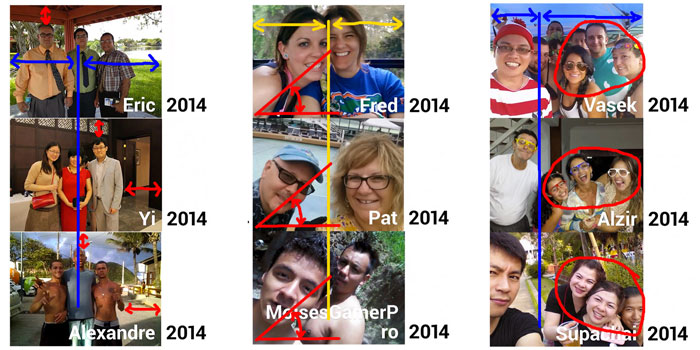 left:  Central composition, three subjects aligned and equidistant from the edges of the photo, cut at the knee. Static composition, it adapts to a formal situation, in fact it is applied to subjects in suits and ties, with some exceptions.
right: Dynamic composition, characterized by the subject in the foreground on the left and by the group of three subjects who laughs on the right. Spontaneous and fun, typical of selfie. 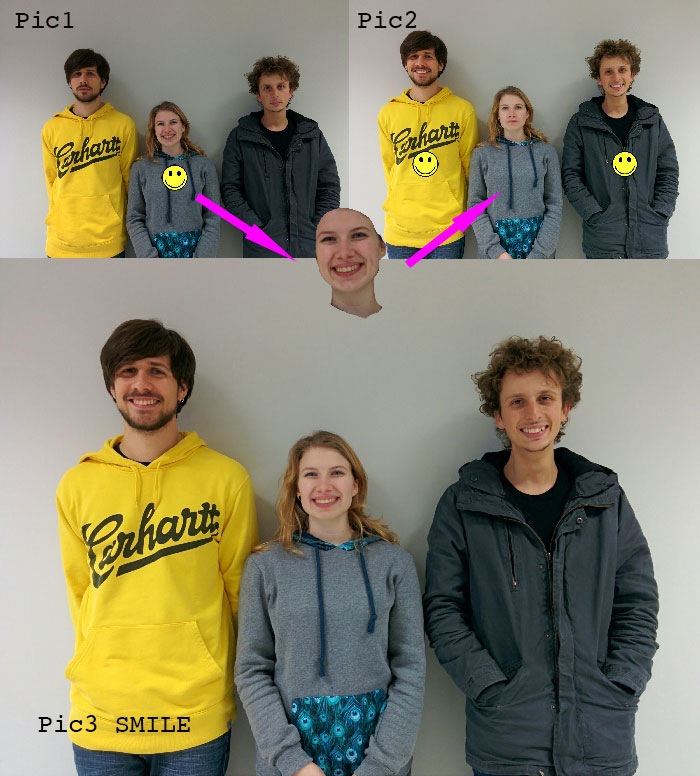 test#2 it is possible to see how the entire face of the girl has been automatically cut out from Pic1 and pasted into Pic2, obtaining Pic3. 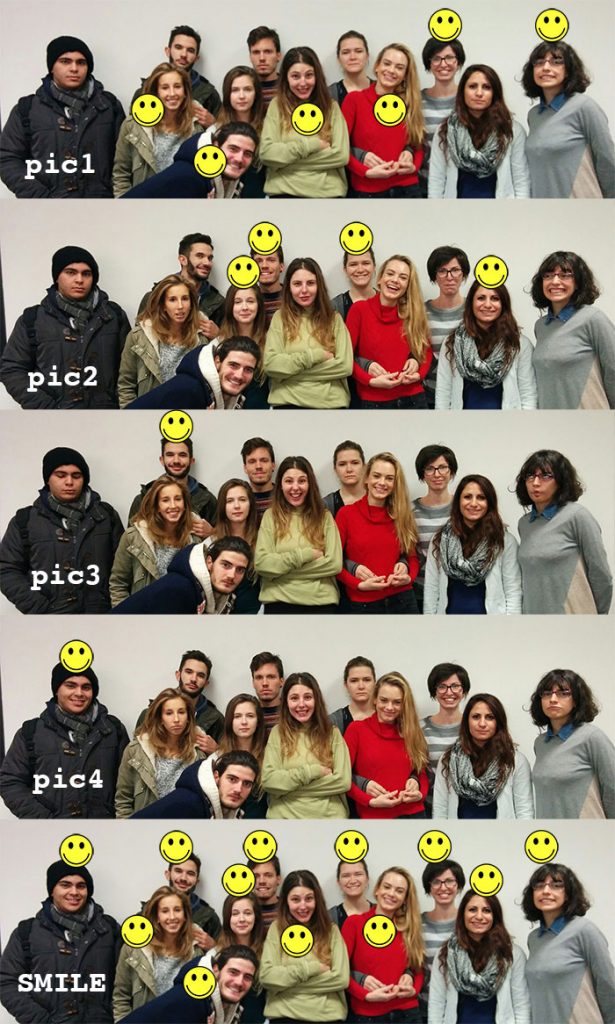 The option “Smile” intervened on the sequences and chose as the base photo Pic1, where there were 6 smiles, and it modified the other six taking them respectively from Pic2 (4 smiles), Pic3 (1 smile) and Pic4 (1 smile) 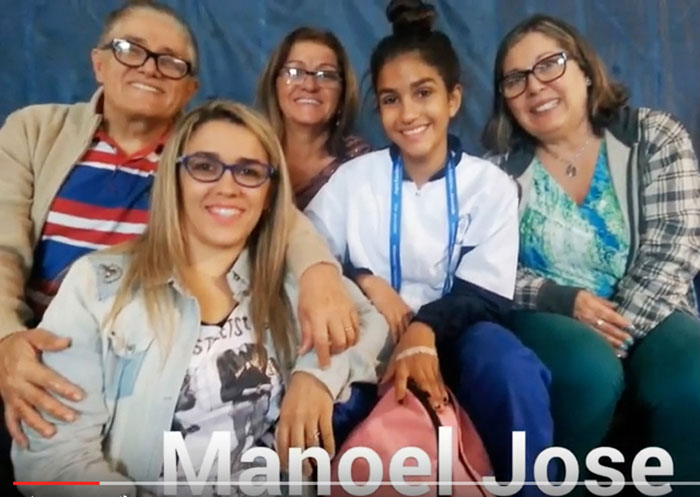 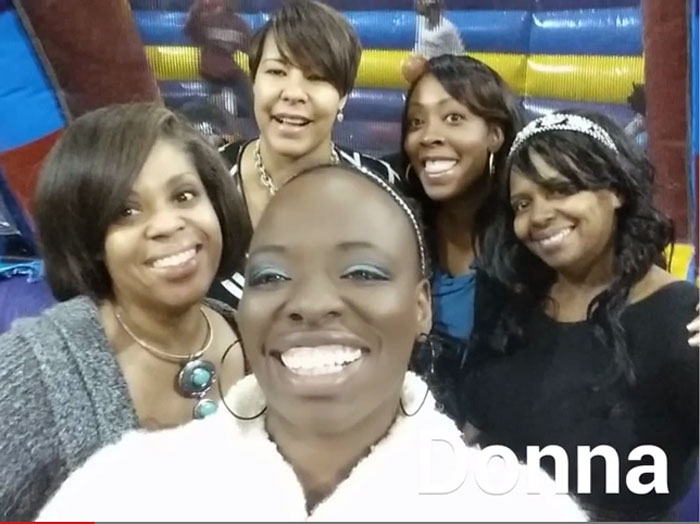 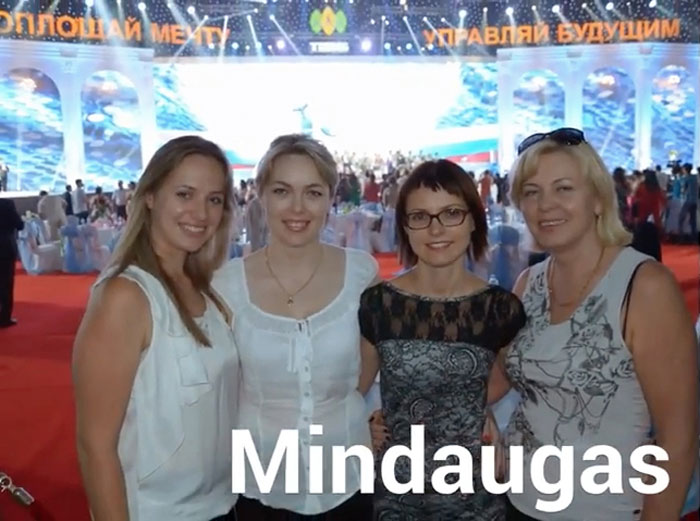 We had our 50 seconds of celebrity, it does not matter if then they will be left with zero views. 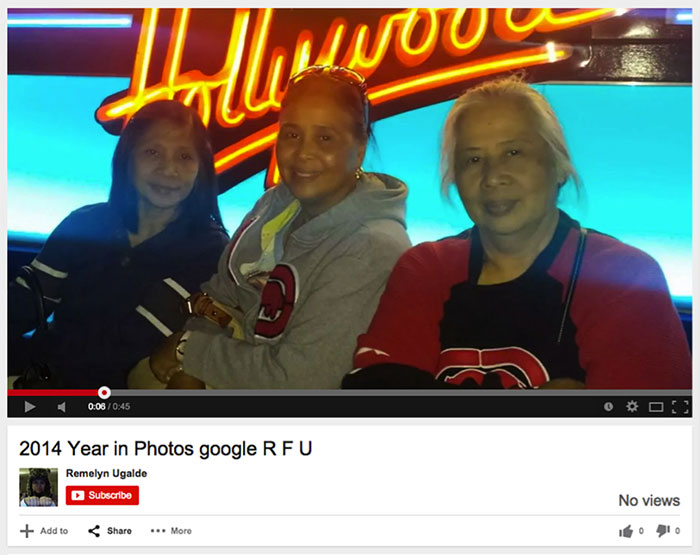